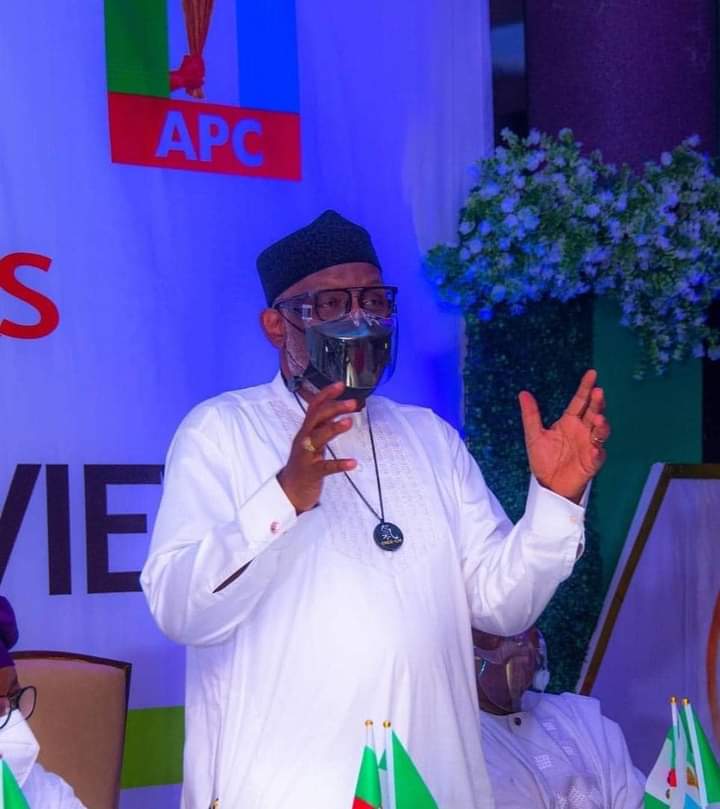 The attention of the Ondo State Governor, Arakunrin Oluwarotimi Akeredolu, SAN, has been drawn to an allegation that candidates are being propped to be imposed on the All Progressives Congress (APC) ahead of the party primaries.
This is a clear attempt by those with tainted party loyalty to box the APC into a state of helplessness in order to whittle down the supremacy of the party. Blackmail cannot stop the resolve of the party to enforce individual and collective discipline through democratic processes as enunciated in the various stakeholders sessions in the last three weeks.
The piece, authored by a disgruntled purported member of APC is deficient in facts and credibility. It is important to set the record straight and reassure genuine members of the APC in the state that Governor Akeredolu will rather give guardian and provide leadership than outright imposition of candidates on the party.
As an incurable democrat, Governor Akeredolu has always preached and supported fairness, equity and justice even in playing his leadership role in the affairs of the party in the state and at the national level. Governor Akeredolu is a loud voice in the struggle for fairness and the need for the party to walk the path of equity in the forthcoming elections. He will not lead any struggle that will defeat his beliefs and strong convictions.
Succintly, Governor Akeredolu shall crave for justice, equity and fairness even as the business of politicking within the APC in the state ahead of the forthcoming primaries has long been ceded to the party. The Chairman of the Party, Engr. Ade Adetimehin, the State Working Committee and Select leaders of the party across the State are fully in-charge of the party process and activities leading to the primaries.
It should be noted that Ondo APC is the only rancor-free chapter of the party in the Southwest. This was made possible by the fair and principled leadership of Governor Akeredolu. His commitment to a united party devoid of groupings and factions is unparalleled.
In clear terms, the party, through the committee set up in each of the senatorial districts, is the main and only driver of the processes that has birthed arrangements meant to stabilize the party and make it stronger, ahead of the forthcoming primaries.
Let it be known that Arakunrin Akeredolu is committed to the Party supremacy. This same principle produced the peaceful and rancour-free congress that was held in the state.
Members, leaders, as well as supporters of the APC, are, therefore, urged to disregard any rumour or sponsored articles of imposition by disgruntled purported members whose mission is to destabilize the party ahead of the coming elections. Aspirants must face their campaigns diligently.
Signed:
Richard Olatunde
Chief Press Secretary to the Governor of Ondo State.
May 12, 2022.
Tags
NEWS
Related Article