2023: Why APC may not have any candidate in Ondo —Group 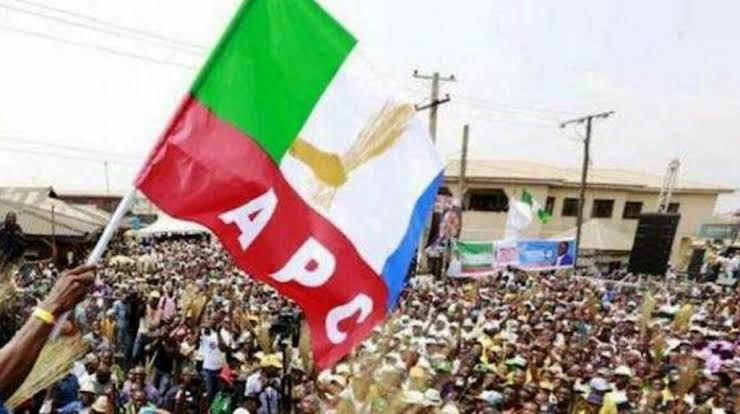 A group of major stakeholders in the ruling All Progressives Congress in Ondo state, under the auspices of the Sunshine Progressive Vanguard (SPV) has criticized the process of nominating Party adhoc delegates, in preparation for the forthcoming Party Primary elections in the state.
The Adhoc delegates are expected to elect candidates for the party during the primary election.
The group, in a statement statement signed by it's spokesperson, Mr. Kayode Fagbemi said the Party state leadership has jettisoned the guidelines of the electoral act on the process.
He further accused the Party state Chairman, Mr. Ade Adetimehin of putting his personal interest before the interest of the party and taking a major risk that is likely to spell doom for the Party.
The statement reads:
We have considered it important to bring to the notice of the members of the All Progressives Congress (APC) in Ondo state and the general public, that the APC is not likely to have any candidate in Ondo state, for the forthcoming general election.
This is because the Party state leadership has jettisoned the guidelines of the electoral act on the process of electing adhoc delegates.
We have it on good authority, that the Party state Chairman, Mr. Ade Adetimehin, has asked appointees of governor Rotimi Akeredolu across the state to submit names of their loyalist as adhoc delegates for the Primary elections, without conducting party congresses for the purpose.
this is a clear contravention of the provisions of the electoral act, and can spell doom for the party in the general election.
We also know, that because of this development, many aspirants of the party have met and are preparing to take the party to court.
We know, that this is an avoidable crisis, if only the state Chairman can drop his selfish interests for the interest of the Party.
We therefore call on the governor and other concerned stakeholders within the party, to call Adetimehin to order, in order to avoid a 'no candidate' situation for the party in Ondo state, at the general election.
Tags
NEWS
Related Article