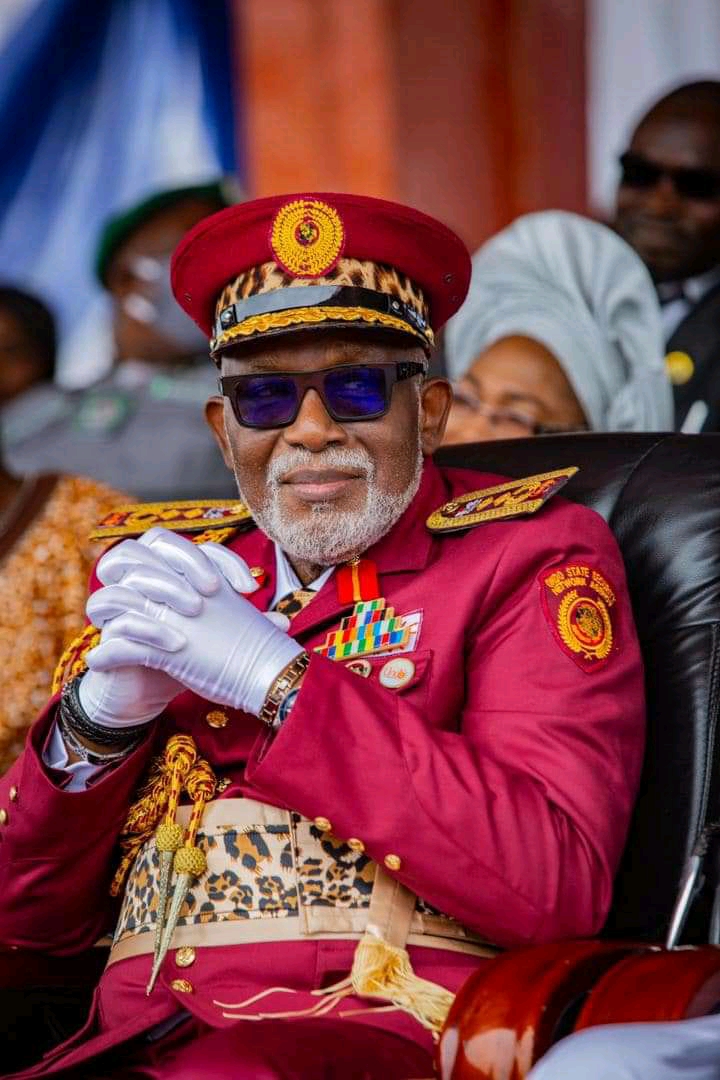 Ondo State Governor, Arakunrin Oluwarotimi Akeredolu,SAN, has expressed his administration’s commitment to make the state the largest producer of Palm Oil in the county.
Governor Akeredolu hinted that the state will be on the world map of Palm Oil Production with 70,000 hectares of land that have been allocated to investors for oil palm cultivation and cocoa production.
The Governor spoke on Tuesday at the presentation of Awards to some eminent individuals and organizations for their contributions to the growth and development of agriculture in the state.
The event was held at the Cocoa Conference hall of the Governor’s office, Alagbaka, Akure.
Governor Akeredolu disclosed that the State Government in its benevolence has embarked on an on-line lending of 2.0 Billion Naira to oil palm farmers via the RED GOLD Initiative.
He said the move will launch Ondo State into the world map of palm oil production, adding that he is proud that his administration’s intervention has always been all-rounder and yielding the desired results.
The Governor announced his approval for the recruitment of additional 350 personnel into the state Amotekun Corps to further strengthen and boost the operations of the Corps.
He explained that Amotekun stations will be built in the farms areas to ensure that the farmers are protected, pointing that the abundance natural resources in the state must translate to economic prosperity.
The Governor added that his administration is completely revolutionising Agriculture so as to make it more attractive to the young ones.
Governor Akeredolu particularly congratulated and commended the awardees for weathering the storm with government to achieve milestone.
He said that the modest gains recorded from their various contributions have acted as impetus for government.
"Since February 2017, our government has been striving to put everything in place to ensure the sustainability of the scheme and to inculcate the necessary entrepreneurship skill into our youths with a view to making them employers of labour. The State Government, through OSAEC, has provided all necessary requirements like land clearing and development, machinery and equipment, shelter, basic facilities, technology, training etc to achieve this purpose thereby creating a new generation of agripreneurs that can move into the sector and compete anywhere in the world.
"It is not an overstatement that the task of nation-building is a collective responsibility. Government cannot do it alone. All hands must, therefore, be on deck to take us to our seeming El-dorado. Permit me to say that as awardees, you are an inspiration to our youths. Your various achievements in your chosen fields of agriculture and agribusiness are the testimonies that our vision in the State in the field of agriculture is being realised.
"Recently, there was a training and capacity building for about 400 indigenous and Fulani pastoralists on Feedlot Operational System of Livestock Management at the instance of FAO/ODSG. Arrangement is in the pipeline to facilitate credit facility for the registered members through the Central Bank of Nigeria (CBN)", He said.
Earlier, the Senior Special Assistant to the Governor on Agric and Agribusiness,  Akin Olotu, who appreciated Governor Akeredolu for his giant strides in agric sector, explained that the awards cut across different sectors, individuals, corporate bodies, young and old ones, aged farmers, and civil servants.
Speaking on behalf of the awardees, Rev Gideon Oluleye who bagged the Distinguished Broiler Producer, 2021 Award, commended the Ondo State Government for giving them great initiative programmes to key into.
The awardees include the Olubaka of Oka-Akoko, Oba Yusuf Adebori Adeleye; ace broadcaster, Ayo Moradeyo; Prof. Josiah Babatola; Obawaya Gbenga; Femi Eniola ; Rev. Gideon Oluleye; Elizabeth Omoseebi; Omoriwo Jacob, among several others.
The event organised by OSAEC had in attendance, the deputy governor, Lucky Aiyedatiwa, members of the State Executive Council led by the Secretary to the State Government, Princess Oladunni Odu, farmers and other stakeholders.
Richard Olatunde
Chief Press Secretary to the Governor of Ondo State.
May 10, 2022.
Tags
NEWS
Related Article